Things we take for granted when we have the privilege.

This was inspired by some tweets I read today that then lead me to an article about Tim Allen whining.

What the Moon Will Do To You

his name echos
through the chambers of my
lonely broken heart


Tony collected links to two years of dVerse Meeting the Bar and Form For All and suggested that we explore one that we missed. How fucking exciting, y'all! Seriously, if you want to learn about writing poetry, this a one stop shop. The contributors who wrote the original posts are fabulous. Check it out.

I chose Samuel's lesson on lunes and I am so happy that I did. I see more lune tweets, they may even put a dent in some of my cinquains (y'all know I like a short form.)

I fucking love a good hashtag.

Brian wrote a wonderful into to tonight's OLN about things that make us happy. Obviously, I enjoy the intellectual and creative challenges presented by hashtag games on Twitter. So here's a little bit of found brilliance for your consideration (and I thought y'all may want a break from the my-kids-are-so-freaking-funny posts I do.) Most of these I saw first posted by @MyVoganPoetry, @FootPoundForce, @baleheadmaria, @TheHashtagGame, @SalomeWilde, and some folks who were angry with Texas.  I am not sure who originally came up with these gems, and if you know, please tell me so I can give credit.

I thought that instead of the usual comments, and instead of the ones that you think but are too polite to post (what the fuck is this crap, heidi?) you could leave a hashtag or a hashtag response or both. You know, like a party!

Happy, Happy Anniversary dVerse. I am grateful for y'all and your posts #everysinglefuckingday. 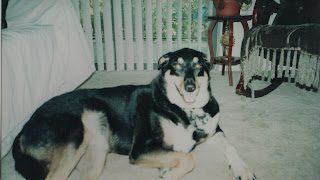 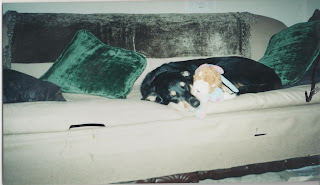 when i reach to scratch your head and 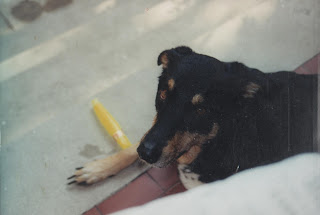 emma was my first true love and a damn good dog

i think
the heat makes us
crazy or maybe i
just want it to be heat not hate
not fear.

Claudia invites us to write about heat and mirages this week on Poetics. I am a little too sad today to write something mirthful,  just something that I wish were a mirage.
Posted by Heidi at 6:17 AM 32 comments:

He would be here in an hour. She had sat up all night, nursing a never-ending cup of coffee with too much sugar. She focused on the bird feeder hanging by the kitchen window and ignored the dawn behind it. She was thinking about the odd green coat with the mismatched buttons that he wore. It was the first thing she noticed about him when she first saw him on the street corner.  He had been lost, and seemed helpless like a newborn puppy.

That question had led her to this moment. A question that she had been taught from an early age. It was a life philosophy of service to others that she had embraced and enjoyed.

And she had been able to help him. He was lost and broke and hungry. She rarely felt fear, and this man was harmless. She had taken him with her to eat lunch. She offered to take him to a local shelter. He asked for directions to the park.

"I can drop you off at the park, but they don't like people sleeping there, and, at this time of the year, the heat and mosquitoes are a problem. You need to sleep somewhere inside."

He assured her that he had a safe place for the night, and that he could find it from the park. Still concerned, she had loaded him into the minivan, and pulled away from the curb. It was on the way to the park that he had offered to repay her.

"Just take care of yourself, and if you see someone in trouble, help them."

But no, he had a gift for her. He was going to send her wherever she wanted, whenever she wanted, to meet whomever she wanted. She could spend the day with them. He regretted, however, that she wouldn't remember any of it after the day was done.  They were at the park and he jumped out of the van. He picked up her son's bunny that had fallen on the ground when he got out and handed it to her through the window. He said he would see her after dawn in the morning.

And she believed him. Driving home, straightening her house, tending to her family, eating supper, clearing up, putting her little hearts to bed, she believed that the man would be there in the morning.

That night, over her coffee and the one and a half Oreo cookies, she planned. She imagined every detail of what it would be like to meet him and what she would do to him. This was going to be the best gift ever.

A movement in the corner of her eye drew her gaze away from the never really seen bird-feeder. She saw the green coat with the odd buttons. A secret, soft smile, that she had never smiled before played on her lips. She was going to do it.

She was going to kill that motherfucker, Adolph Hitler.

heh heh heh heh heh. I don't know it y'all have noticed, but I fucking love a twist. I don't care how obscure or obvious. I also miss prose. I just haven't had the attention span to really write it. (One of the many lovely things about poetry it that it changes enough to hold my attention span...notice that I am do not write epics.) Then, this morning, I read Kellie's prompt (see it below) and this story hit me. At first I had this interesting "caught in a loop of killing and saving someone awful due to the unforeseen consequences to the time/space continuum kind of story" but when I just sat down and wrote, this is what came out. And I think I like it better. That is one of the benefits of free writing! I still don't know about the title, they usually seem to write themselves, and I am always at a loss when I have to think about it. Anyway, I hope y'all liked it. Thank you Kellie Elmore for the cool prompt. (You can visit her site by clicking the link above.) Below, please find a copy of the prompt.


Here is your FWF prompt…
Today you have been granted the opportunity to go anywhere, do anything, meet anyone, travel in time…whatever you wish, it is yours. Now, there’s a catch. (Isn’t there always?) When you wake up tomorrow… you will not remember any of it.
Would you still choose to take the offer? Can you drink in the moment and enjoy it knowing you will have no recollection of what happened? Think about it? How important is a memory? In a time when every moment is documented via social media, photographs and video. We have lost the ability to just ‘breathe in’ and enjoy what is right in front of us because we interrupt the moment by grabbing our phone to post about it on Facebook, or snap a picture and share it on Instagram or try to define the moment in a 140 character tweet. Think about it…
Posted by Heidi at 6:54 AM 14 comments:

swirling in the sway of the silver eddies
swept along sideways-submerged and then surfacing
gasping  gulps of air gorging breath
before being caught below again.

the riptide rages not it will release you
when you relax when you surrender, when you swim
parallel to the peaceful shore paddling to the edge
then safely to the sand surviving  again.

Tony discusses accentual-alliteration in this dVerse prompt. I like alliteration, so this was an exciting prompt for me. My early poetry was almost always all alliteration (see how easy it is to get caught up in it?) and this is reminiscent of some of those earlier writings (you can see Eros for an example.) This was a little tricky for me and I think I took some liberties with it, but I think it's a form I'd like to try again.
Posted by Heidi at 7:04 AM 25 comments:

Brian gave us a puzzle prompt in Saturday's Poetics at dVerse. I had a poem that I had written 23 years ago, but, I wanted to write something new, and I couldn't find the old one. This is still a very rough (hahaha) draft, as I want it to be more crosswordy and have a better flow.  I attempted ironing it out a little, but I am instead having to admit that not all of the kinks are out of my computer. So. Very. Frustrating.

And I do apologize if this was a little too blue, but I did at least used to warn you that that sort of language could pop up.
Posted by Heidi at 1:15 PM 30 comments: