NaPoWriMo Jumping the Gun: It's Never Too Late

I guess
it's too late to
live on a farm, although
I really love the livestock
report.

I am so ready for NaPoWriMo! Woohoo And I got to write about the Livestock Report. Lookout April
Posted by Heidi at 9:36 AM 4 comments: Links to this post

I stand and move into his arms.
I breathe in the scent of him
and I am immediately drunk
with a consuming desire for him.
He holds my hand and I follow as
he walks across the floor.

There are people around
living their lives
talking, eating, breathing, drinking,
other things...
yet they are background noise as
the steel glint of his eyes pierce through me.

In a corner somewhere,
people a distant roar.
His lips press against my neck
his kiss starts
accelerando
His name is the music my mind plays

He presses my body against the wall with his
I am overwhelmed with the taste of his lips
the smell of his skin
the pull of the cloth across his back
the steady increase of his desire
and that it is for me
I feel the hard warmth of his touch.

I want to absorb him
through my every pore
I want to be full of him
filled with him
I can't get close enough
As I am consumed in the heat.

Fire rushes through me
I burn at my center as my skin chills
he holds me tighter as his body also shivers
Forever in a minute
I can feel the world revolve  on its skewed axis
and he is with me.

So another one from the drafts folder. It's weird what I decide to put to the side.

Posted by Heidi at 1:56 PM No comments: Links to this post

my heart is your toy

you treat my heart

our kids treat their toys

it were a treasure

until the next shiny


I have been going through the 60 pieces saved in my drafts folder. I really write some sad shit.  I think I am more willing to immediately post the funny stuff, but not always the depressing. A year and a half is long enough though, don't you think?
Posted by Heidi at 4:33 AM No comments: Links to this post

one hand on my breast
the other wrapped in a tress
of my hair, taking me higher
towards euphoric egress

I feel like I shine
deep in my recline
the intense happiness
when we two entwine.

Another Rubaiyat! Part of me thinks this is cool, and that part is also too shy to post this immediately upon finishing. The other part of me thinks that this is just one more silly thing I've done because of a man.

3/25/15 I've been up all night writing and not wanting to post anything I wrote. So I decided to look up stuff in my drafts folder and find this. And I completely don't remember writing it, but I like it. I think that it's funny. (The note after makes me smile too.)
Posted by Heidi at 4:22 AM 6 comments: Links to this post

One activity is
Riding a tall brown horse
Climb some stairs

With some help
To get into the saddle
Brown and shiny

Kecie is third
She waits patiently in line
Excited to ride.

She's also scared
The horse is too tall
She could fall

At her turn
She walks slowly to the
Horse, who waits

She climbs up
And begins to cry out
No, I'm scared

Mixed with several
I'm not scared, I'm not
She is stuck

Between riding and
Running away. She is just
A little girl

It is decided
To let her rest while
Her classmates ride

She watches closely
That horse won't beat her
She's not scared

Everyone has ridden
It is Kecie's turn again
She climbs up

She gets up
She rides the tall horse
She's not scared

She did it
Taking us all with her
Around the ring

Making us braver
Because Kecie's brave like all
Brave little girls

Rub my eyes
Wipe away my tears for
What I've seen

Happy on this
Autumn day at the Barnyard
I feel brave.

This is based on a true story and a very good day at the Barnyard. Happy World Poetry Day!

Posted by Heidi at 8:49 PM 2 comments: Links to this post

When she was twenty-six years old, Gracie's cousin, Conner, killed himself with a big gun. What stayed with her was, on that cold January night, he had gone outside and wrapped himself in a sheet, so that he wouldn't make a mess. Even in the moment, as many had told her, that he was being his most selfish, he didn't want to make a mess for his mama. For Gracie, it was not the big gun destroying her sweet cousin that defined him. It was that sheet.

As she slowly moved through the rituals of sending off the dead, Gracie thought about the last time she had seen him, the month before, around Christmastime.  It was the last family gathering at her grandparents that had most of the aunts, uncles, and cousins. Gracie was outside with her brother and one of their cousins, talking in the crisp air.  Conner walked out of the front door of her grandparents' home and said goodbye to them. Her memory stops time right here. The sun highlighted his light brown hair to golden. She noticed that he had gained weight, and his normally athletic build had a little belly. Gracie was overwhelmed with the urge to go hug him. To protest his goodbye and ask him to stay and talk to them in the grey light of the cold afternoon. But, she didn't. She smiled and waved goodbye. And now he was gone.

Now she was wishing that she could go back. Go back and stop him. Hide him if he needed hiding, accept him if he needed accepting, and make sure he knew the whole time how much she loved him.

Through the next two years, there were at least three more funerals, and the family dissipated. And Gracie wished for that last Christmas.

Happy World Storytelling Day! Although this isn't at all upbeat. The theme for this year was wishes. I am not sure if it fits into the storytelling category, or if it is finished or not, so I think I'll let it sit. One of the benefits of having a blog where all posts are considered drafts. :)

Oh and Happy International Day of Happiness. (I should have written a more upbeat tale.)
Posted by Heidi at 8:00 PM 2 comments: Links to this post

The Secret Crush of a Middle-Aged Married Woman

You don't know
How my body heats up
At your name

Or how I
Can't not smile around you
And your smile

Your voice lifts
My mood and my thoughts
Making me better

With you I
Can talk for hours about
Truth and nonsense

The thought of
You has set up camp
in my mind

With it, I
Am never alone or lonely
You're with me

I am silly
Crushing on a man who
Is not mine

Especially when I
Have a very good man
Of my own

And I think
That he knows and I
Deny it loudly

I should stay
Far away from you until
This crush passes

I'm not brave
I can't tell you this
My embarrassing truth

I can't say
I need a time out
It's too personal

So I cope
With having teenage angst now
At this age

And still the sound of your
Voice and the curve of your smile wrap around my
Heart, weave through and crush me

I felt like writing something different tonight, but it seems like more of the same to me. I guess this is the danger of having an almost all first draft blog. I do really like the title, though. I decided to use Collum Lunes for the stanzas, so there are 13 of those. The last stanza is a Collum Lune doubled. So the word counts of the lines for the last stanza are 6, 10, 6. I liked playing with form.

runners extend between
the two circles.

but there is always the space.


Feeling blue and, obviously gearing up for all the writing in April. (I just hope I don't use it all up before then.)
Posted by Heidi at 1:18 AM 4 comments: Links to this post

So, I have also decided to sign up for Camp NaNoWriMo...in April...at the same time I am doing NaPoWriMo, because, maybe I hate myself? But I have only committed to 300 words a day (more my speed than 1200ish) and I am going to count my NaPo poems in my NaNo counts.


I have also decided to work on my Novemeber NaNo novel called The Protector of Hartley.  I set it down in December because I realized something horrible about one of my characters and it kind of hurt my feelings. I have picked it back up and reread it in preparation for April and I have realized a few things.
1. That horrible thing is actually the truth.
2. That truth still hurts my feelings.
3. I am going to cry a few times writing that stupid story.
4. I should probably rename the book Profanity and Poop, because there is a lot of both. I really like writing about shit.
This should be interesting.
heidi 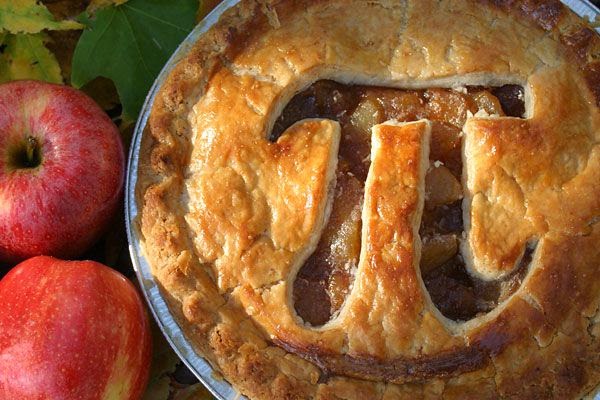 A Poem For Tia

Today I ate a piece of pie.

It was an apple pie.
It was homemade pie.

I spent the morning making the crust from scratch.
And I used lard, not butter, so it was very flaky.

It was a Dutch Apple Pie, so there wasn't a crust on top ...
there was a streusel ...with cold butter, brown sugar and chopped pecans.

I didn't wait the two hours recommended before I cut into it so it ran over my plate and into the pie plate.

I crumbled a light layer of feta cheese on top
and then covered the runny, warm mess with canned whipped cream
because I like the psshtt of it.

It was the right amount of tart and sweet and tangy and warm and cool and creamy.

It was full of everything that was right and wonderful in the world.

I can't wait to eat another slice.

My friend, Tia, from my writing group, asks wonderful questions that really makes you think about what you are trying to convey.  She's awesome. I should probably wait until the fourteenth to post this, but I can always repost it if I am at a loss for a pie day poem.


I've signed up for NaPoWriMo 2015! This is my third year participating and I am really excited.  Why not take a crack at the poem a day challenge?

Posted by Heidi at 6:59 AM 4 comments: Links to this post

dive down
into the briny depths
the cold dark
wrapped around

It's the in and out,
you know
the places you've been and the places
you go

It is the births and the deaths
and the in betweens
and the life we live together
and the roads we're journeying.

And so I lay down my words
with a full and grateful heart
always happy for this community
for which I am a part.

with deep gratitude for Brian and Claudia.